We Care.
For Our History. 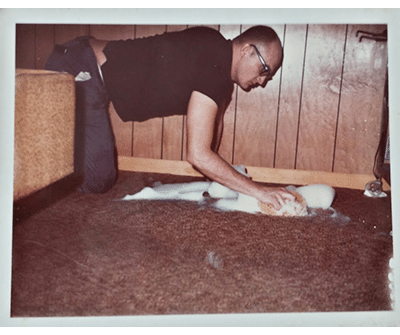 How The McCreary Story Began

McCreary’s Healthy Homes has been around for longer than you might think. It was originally started by Dick and Karen McCreary back in the late 60’s. Dick was working for the Lansing Board of Water and Light at the time, doing some redundant physical labor. He actually got injured and hospitalized as a result of his hard work! He needed another opportunity where the work wouldn’t be as rigorous. He also wanted to provide more financial support to his family, so they could thrive to greater heights than he could reach.

Then one day, he saw an ad in a newspaper promoting an opportunity to “Retire Before You’re 50!” It jumped out at him and as he called for more details, he would soon learn that a franchise opportunity was affordably available for him. So, Dick and Karen McCreary decided to invest in a Duraclean® location in Lansing, Michigan. In those day’s all they offered,  was a patented foam cleaning process for upholstery, rug cleaning, moth proofing, and fire retardant products for your furnishings.

As Dick and Karen made the operation more successful, they expanded into other home cleaning services. Then in 1983, their company introduced one of the first  truck mounted steam cleaning units to the Capital area, which helped Dick be able to stand up and clean the home. No more hands and knees scrubbing for him! In fact, a key quality that McCreary’s Healthy Homes has had throughout the decades is that we’ve always been pioneers in our field. We’re always willing to be guinea pigs and implement the latest and greatest technology. We did this so much that we actually began to teach Duraclean® a few things ourselves!

When this started to happen where Dick and Karen grew beyond Duraclean®’s core competencies, they realized they needed to be on their own. So in 1998, as Dick began to slow down on his work schedule and take interest in other endeavors, Kevin McCreary, Dick’s son, came into ownership of the company and helped it turn in McCreary’s Carpet Cleaning. The name would later change to McCreary’s Healthy Homes in 2009.

From Kevin McCreary and Beyond!

Kevin helped the company grow quite a bit between 1998 and 2009, as McCreary’s solidified themselves as one of the go-to carpet cleaning companies in Lansing, Michigan. Kevin had been around home cleaning and commercial cleaning his whole life! He became an obsessed student of the industry. It was easy for him to provide great work and he even took it a step further and worked closely with industry manufacturers and advocates throughout his time in the business. Still to this day Kevin really enjoys the sales and relationship building that’s taken place in the business. Kevin also loves to solve problems for his clients that they don’t have the time to solve. Behind the scene he’s still involved with the innovation and development of future equipment and chemistry technologies. McCreary’s has been around so long that we actually service 4th generation clients. It makes Kevin feel great to see families wanting to stick around with our company throughout the generations.

After the crash in 2008-2009 though, the business was losing steam. Well, we still had plenty of steam cleaning available (because that’s our business), but the business was slowing down. For the next few years, it became clear that Kevin and the business needed a hard driver. The company needed a couple key pieces to help make this business blossom again and even expand past Lansing!

Then one day, Kevin runs into a volunteer coach for his son’s hockey team. He started talking with Kurt Skinner, the volunteer coach, and Kevin found out that he was needing a better job. So he started Kurt in a beginner’s job. Little did Kevin know that Kurt would become a very reliable and “get-after-it” employee and in five years, become an equitable owner of McCreary’s Healthy Homes. Now, the dynamic duo of Kevin & Kurt are out to take on the city of Lansing and provide everyone with the best that can be provided in carpet, upholstery, air duct, tile, grout and rug cleaning services! 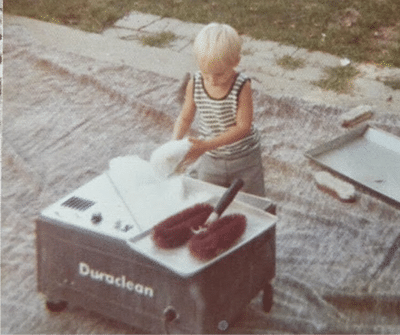 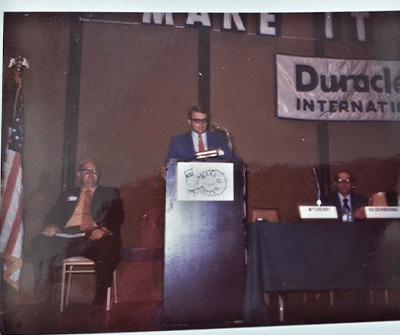 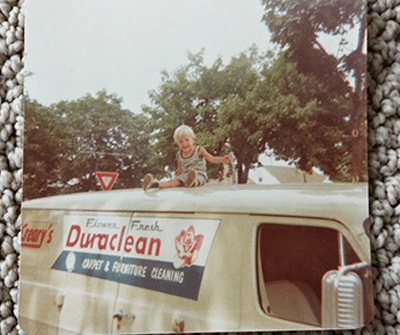 Our company has always held traditional family values as core qualities of our staff and workers. You won’t find us cursing a storm in your home, but you will find us keeping your home cleaner than we found it and treating you with the decent respect you deserve. We’re here to serve you, just as we would serve our favorite grandma!

Work with a trustworthy, honest team that will let you know what our best recommendations are. We aren’t a company who’s just looking to say yes all day and take as much money as possible. We’re a company who serves as the experts in Lansing, Michigan, for keeping your home and commercial property as clean as possible. That’s what we’re going to do, no ifs, ands or butts!

When we say we’ll do something for you, we’re going to do it. You shouldn’t be worried or feel the need to watch our every move. True integrity is when someone does as they agreed, even when no one is watching or will know the difference.

We’ve lasted for decades upon decades now. Do you really think we can’t reliably and dependably show up to your job and get the work done? If we couldn’t figure that out, we would have the hundreds of Google reviews that we have now! We might even have some time tested magic cleaning tricks up our sleeves that nobody else can do!

Not only will we do what we say we’ll do, but we’ll do it at 110%! Going the extra mile is a core value for us, because this helps us naturally spread the word about the quality work we provide. When a customer is floored by our work, more work will come from it!